A Saudi general contractor has commissioned IBG to design six new water transmission systems and reservoir stations. This is a so-called satellite project that will implement six new transmission systems at independent locations along the west coast of Saudi Arabia. Each line is 4 to 5 km long. The systems are being planned at the same time as product tanks, in which desalinated seawater is being temporarily stored. This is then pumped into higher reservoirs to supply the coastal cities. 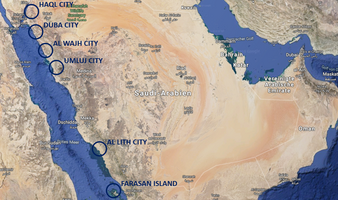